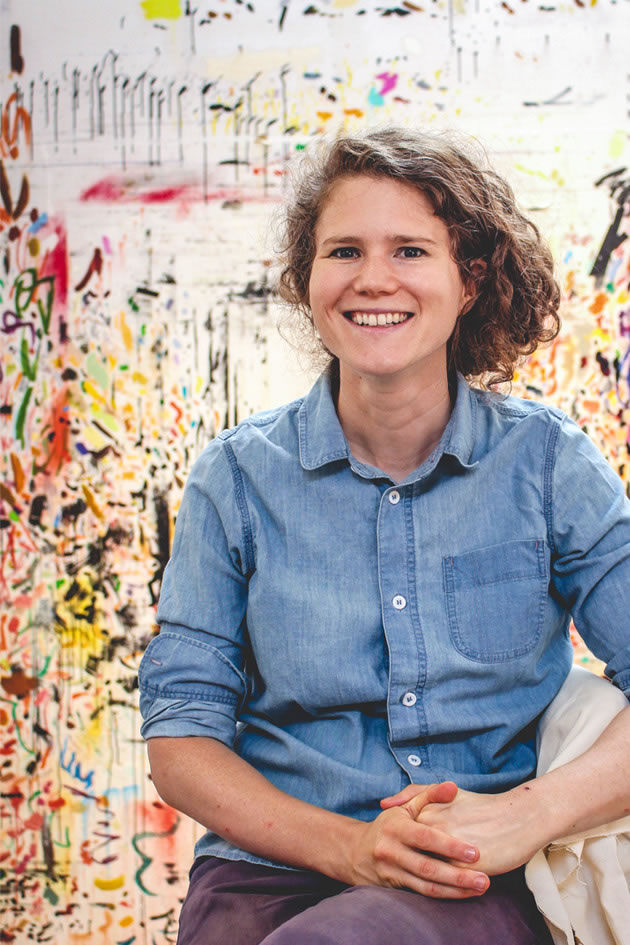 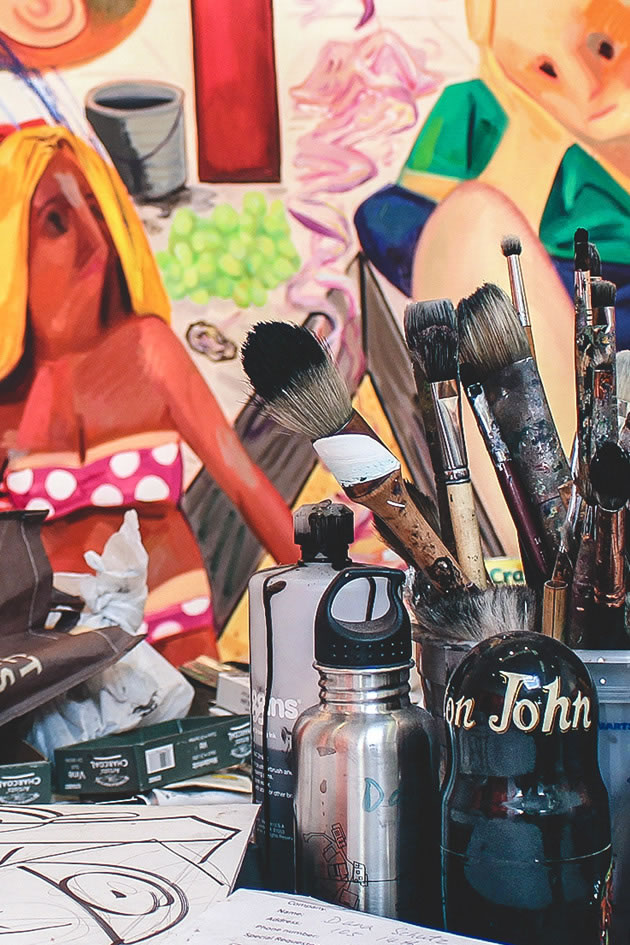 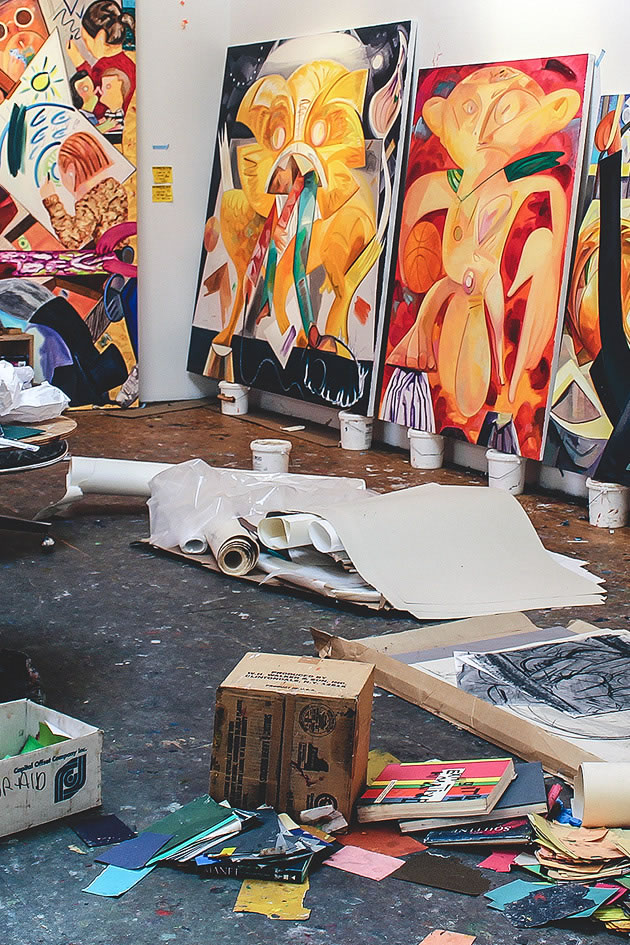 Dana Schutz was born in Livonia, Michigan, in 1976. She received her BFA at the Cleveland Institute of Art and her MFA at Columbia University, New York, in 2002.

She first came to attention with her inaugural exhibition Frank from Observation, 2002, based on the conceit of Schutz as the last painter on earth, representing the last subject, “Frank”. Since then, her fictive subjects have ranged from people who can eat themselves, a gravity fanatic, imaginary births and deaths, and public/private performers. Her travelling retrospective If the Face Had Wheels opened at the Neuberger Museum of Art in Purchase, New York, in the fall of 2011. This was followed in 2013 by a European exhibition of new works that traveled from the Hepworth Wakefield museum in the United Kingdom to the Kestnergesellschaft in Germany.

Dana Schutz is represented by Petzel Gallery in New York and Contemporary Fine Arts in Berlin.